VII.A.1.a A Place for the Lord

Section (a) – A Place for the Lord 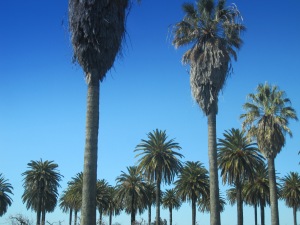 Salvation is ultimately a matter of finding place for God’s witness of Himself.  This is true apart from the issue of one’s calling.  Some seem to find Christ absent principles of seeking.  For others, they seem to be called into a laborious and sometimes painful process of seeking the God of Abraham, Isaac, and Jacob.   Their place of abiding is found in seeking Christ . . .

But whether we are called into a life of laboring after the kingdom of heaven or whether we find God in a moment of time, there is a singular-principle that unites all; that principle is  called regenerating faith – something that God is willing that all men come into the experience of.

We read in the seventh chapter of Revelation:

After these things I looked, & behold,  a great multitude, which no one could count, from every nation & all tribes & peoples & tongues, standing before the throne & before the Lamb, clothed in white robes,  & palm branches were in their hands;            Rev. 7:9

The fact this multitude cannot be numbered indicates these are the true children of Abraham; the innumerable-“stars of heaven” that were to be his mystical offspring:

This promise was repeated to Abraham’s son, Isaac:

The vision of John includes the revelation that the redeemed of the Lord shall constitute a vast multitude.  But how large must a multitude be before it cannot be counted?  We can certainly count up to any finite number.  Therefore it seems that only three possibilities exist, ie. that; 1) John is speaking poetically, or 2) this is an infinite-quantity, or else 3) the salvation of God does not lend itself to quantification.

Recall that David set about to take a census of the kingdom that God had established under him, ie. the kingdom of Israel.[1]  What was the substantial result of his labor? – Wrath!  While we might wonder why God would be angry with a census of His people, we might consider those things over which God stands very jealous, not the least of which is His own glory.  Recall that the Lord continuously, throughout the Old Testament, refers to Himself as the “Lord of hosts”.  This is because He considers this to be a title of great glory.  Somehow the elect of God constitute a tremendous object and principle exemplifying God’s glory!  By quantifying the redeemed of God what was David doing?  He was limiting God and turning His salvation into something finite and limited.

Was not Jesus asked to do the same thing when they asked Him; “Lord, are there just a few who are being saved?”  He would not answer the question!  For He was on His way to the cross!  Was He therefore going to quantify the benefit that would be realized from His suffering?  Would He quantify the produce of His agony? To do so would be to quantify God’s glory!

John’s vision of the innumerable-multitude describes them as standing; “before the throne, and before the Lamb”.  The bringing-together of these two allusions; namely, the throne and the Lamb constitutes an allusion to the unity of the Father with the Son – from whence flows the Person and work of the Holy Ghost.  Therefore the fact of this multitude; “standing before the throne and before the Lamb” is an allusion to; unity within the Holy Spirit of God.   This is that “great cloud of witnesses” attesting to the faithfulness of God.[2]

These are seen as; “clothed with white robes, and palms in their hands.” The “palm tree” itself signifies the stature of Christ.[3]  Therefore the “palm branch” would seem to signify an identification in the stature of Christ as conferred upon these via faith (ie. in fulfillment of the “Feast of Tabernacles”).  This is an allusion to the governance of the “perfect man” as a spiritual principle.  This “perfection” is that of Jesus Christ communicated by agency of the Holy Spirit through abiding in Him by means of faith; the perfecting of holiness.  The “palm branch” would seem to be an allusion to the “image of Christ” set before men.  To have something else before the eyes of our heart will not end in life.  The contrasting-condition belongs to those that deceive themselves and trust in vanity.  Their roots will rather wither[4] and their spiritual life will die.  They will have nothing but a dry brown branch to hold before the throne of God.

But for those that keep Jesus Christ before their eyes they shall find perfect-identification within Himself and be built up into the building of God:

The righteous shall flourish like the palm tree:  he shall grow like a cedar in Lebanon. Ps. 92:12

Does this great multitude represent all of those that attained to Christ’s stature during this present life?  By no means!

What it does mean is that in the time of decision they were found in possession of the means to welcome Christ’s witness into themselves.  The means was faith!  The palm branch is therefore the symbol of the means by which to welcome the witness of Christ.  Their day of visitation found them welcoming the King of Kings into their tabernacle.  Therefore a tabernacle shall be built for them in Christ!

I was converted to the faith of Jesus Christ in 1982 at which time I received water baptism and Spirit baptism. In the Spring of 2008 I was led of the Spirit through a process of repentance upon which I had an encounter with Christ that worked a profound change upon my inner being. I became aware that I had been forgiven a great debt of sin. I soon felt the Lord's direction that I close my office that my energies not be divided from the study of doctrine.
View all posts by Lamp-Stand →
This entry was posted in 7A. JUSTIFICATION (Transactional Aspects) and tagged abode for Christ, initial regeneration, palm branch. Bookmark the permalink.