VII.A.6.a Orthodoxy vs. Heterodoxy on Doctrine of Justification

Section (a)  –  Orthodoxy vs. Heterodoxy on Doctrine of Justification

i.   The Orthodox Tension between Faith & Works

ORTHODOXY vs. HETERODOXY ON THE DOCTRINE OF JUSTIFICATION

One of best-known controversies of Christiandom was the schism that occurred in Methodism between John Wesley and the Calvinists at Trevecca College.

John Wesley and George Whitefield fundamentally disagreed on what should be the proper emphasis of the gospel; Whitefield emphasizing salvation as by grace through faith, and Wesley emphasizing the works of faith as the only observable evidence of salvation.  While the two nonetheless maintained a good relationship, this disagreement severed their ministries, one from the other.  Upon Whitefield’s death, Wesley preached the superiority of the latter doctrine at Whitefield’s memorial services, reigniting the controversy between the two camps.

When Wesley heard Whitefield insist, “We are saved by faith” he perceived an opening for presumption allowing men to rest their hope upon mere mental assent to the doctrines of Christ without something more. 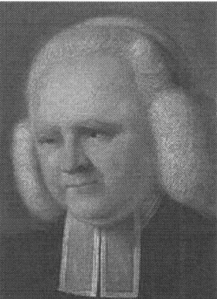 Therefore he emphasized the truth that salvation is inseparable from the works of faith.  On the other hand, when Whitefield heard Wesley insist, “We are saved through sanctification, he perceived this to be a distortion of that inviolable principle that salvation is by “grace, through faith.”[1]  The argument seems academic until it comes time to preach the gospel, at which point the ministers of each persuasion seem in contradiction. One seems to be pressing the door shut, while the other is flinging-it-open.  One seems to impede the desperately needy sinner with red-tape, while the other seems to be allowing the careless and recalcitrant dangerously liberal access to Christ.  What is interesting is that powerful, Spirit-attended, revivals were preached by both men, as well as by men of both doctrinal persuasions throughout the last 200 years.

Thirty years after Wesley’s death, the powerfully anointed evangelist, Charles Finney began his ministry in the state of New York.  Finney’s preaching was characterized by an emphasis upon moral righteousness.

He notes in his account of the powerful revivals of those years that his message seemed to have particular power given the hyper-Calvinistic over-emphasis upon “grace” that had dominated New England in the previous decades so as to dilute the Gospel’s efficacy there.  Finney is commonly regarded as the “John the Baptist” of his generation; disabusing presumption and disrupting souls from a slumber brought upon them by the over-taxing of one truth at the expense of another.  The religious preaching of his day is what led to presumption in the things of God, out of step with what the Spirit of God was saying.  Recall the Lord’s words concerning the children of this generation, who call out:

The preaching that created this poor condition among the Christ-professing was no doubt guided by the principles of this age.  But the message of the Spirit-anointed messenger was something different.  Finney had received the baptism of the Holy Ghost in 1821, and although he was perceived as a “works” preacher, he describes receiving a revelation at the time of his baptism as follows:

. . . the whole question of Gospel salvation opened to my mind in a manner most marvelous to me at the time.  I think I then saw, as clearly as I ever have in my life, the reality and fullness of the atonement of Christ.  I saw that His work was a “finished work”; and that instead of having, or needing, any righteousness of my own to recommend me to God, I had to submit myself to the righteousness of God through Christ. [2]

Newly-baptized and in-step with the Spirit of God, Finney commenced upon an evangelistic career wherein the Spirit moved powerfully in the work of conviction, through a demand for “repentance” and “works” that confounded Calvinism,.  Finney was widely and fiercely-criticized from Calvinistic-pulpits in his more evangelistic days) as a “legalist,” and a promoter of a “self-salvation of works.”[3]

After over twenty years of preaching a John the Baptist message, the evangelist suddenly became exercised concerning his own salvation.  He describes a time of distress he entered into in the 1840’s wherein “Scripture seemed to me all ablaze with light” and having a power that; “stung me almost like an adder.”[4]    Ultimately, he was led into a deeper sense of peace and of God’s grace.  He writes concerning the effect of this time of distress:

My bondage seemed to be, at that time, entirely broken; and since then, I have had the freedom of a child with a loving parent.  It seems to me that I can find God within me, in such a sense that I can rest upon Him and be quiet, lay my heart in His hand, and nestle down in His perfect will, and have no carefulness or anxiety.

He describes his preaching and teaching as thereafter oriented around the subject of sanctification.  He later retired to Oberlin College where he would preach, teach, and write.  He wrote an article called; “How to Overcome Sin”[5] that was remarkable for its denunciation of the doctrine (then common in virtually all denominations) that deliverance from sin’s bondage required a substantial act of the will.  Rather, Finney vigorously asserted there to be no other way for deliverance from sin’s bondage than the miraculous intervention of God that is possible through faith in Jesus Christ.

Despite his desire to dwell in the rich teachings of sanctification, Finney found that he was now preaching over the heads of his listeners:[6]

But in preaching, I have found that nowhere can I preach those truths on which my own soul delights to live, and be understood, except it be by a very small number.

When preaching to impenitent sinners, I am obliged, of course, to go back to first principles.  In my own experience, I have so long passed these outposts and first principles, that I cannot live upon those truths. I, however have to preach them to the impenitent to secure their conversion.

Charles Finney was denounced in his day, and heavily criticized in our own, with the accusation he preached a gospel of “works.”  Strangely, the opposite criticism followed him in his latter years.  When, as an anointed evangelist, he preached moral righteousness he was condemned as being of the Law, and when he taught deliverance and sanctification through faith he was criticized for encouraging spiritual passivity.  Thus we find a remarkable-similarity between these criticisms and those made against John the Baptist:

The Jews stumbled as if out of time with God’s Spirit, which, according to the Lord, was because they did not receive the true testimony of the Spirit heralded by John.  They were critical of his hard line against indulgences, excesses, and his exacting-standard of righteousness.

The Lord explained to them that this was the cause of their stumbling,[8] ie. they did not truly receive the Law of Moses exemplified in John’s testimony of the sinfulness of sin.  Therefore when the true grace of God was revealed in mercy and sanctification, they criticized that as indulgence and passivity.   They stumbled at the witness of God.

Not only the ministry, but the life of Charles Finney seems to stand illustration of the genuine  preaching of gospel works, followed by the advent of Gospel grace.  For it is the true Gospel which prepares the way for true holiness.

We recognize today that both Wesley and Whitefield held orthodox views of salvation even if they differed in their sensibilities as how to best keep the oxcart on the road.  Their faithfulness to orthodoxy arose from the fact that neither repudiated the truth emphasized by the other. Were they to have actually repudiated the doctrine preached by the other, their names would not be so well known nor regarded today.  As well, Charles Finney did not undermine the doctrine of grace by virtue of his preaching the Law of God intrinsic to his demand for immediate moral righteousness.    Neither did he, following his new apprehension of grace, disavow his younger-days of evangelism which emphasized the essentiality of immediate moral-righteousness.

Orthodoxy, it is a safe proposition, is that which tends to fulfill the purposes of God in the redemption of men.  In contrast, it is heterodoxy which tends to subvert the same. 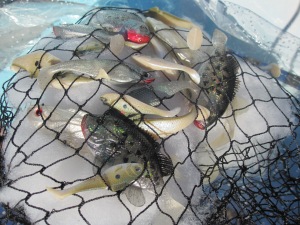 The purer the Gospel message, the likelier it will find the ear of the elect and to have its fruition in holiness.  The more corrupted the message, the likelier it will be to draw up the bad fish, gather together the non-elect, and to generate chaff.  But there is a standard!  And certainly the apostles’ doctrine is that standard.  And so we may ask ourselves, Did the apostles assert an emphasis upon either side of this issue?  The answer is clearly they did not.  Their gospel declared both truths as immutably the same, ie.:

While these may appear to outside observation as conflicting statements, they are not.  They are one and the same.  It is only while Sin remains an aloof and abstract principle, that John’s words and Paul’s words appear paradoxical.  When once we feel the true character of Sin, as the agent of our destruction, and as a condition leading to Death, these two verses begin to harmonize.   It was Paul who wrote that “the wages of sin is death.”[9]  When we apprehend that for our soul to Sin is for our soul to Die, we can then understand that Grace and Deliverance are, in actuality, the same thing.

And so, the logical question becomes:  At what point do the proponents of a grace-emphasis or the proponents of a “works-emphasis”, indulge a leaven that undermines the fruition of holiness so as to constitute heterodoxy or apostasy from the gospel?  The answer would seem obvious, ie. when the Holy Spirit’s work is frustrated through the use of one truth to impair efficacy of the other.

The following sections will address some of the ways the doctrine of Justification has been wrested so as to impair the effect of the Gospel, and hinder the apprehension of the Kingdom of God in men.

[3] “. . yet it was long time before the cry ceased to be heard that I denied the agency of the Holy Ghost, in regeneration and conversion.  It was said that I taught self-conversion, self-regeneration; and not unfrequently was I rebuked for addressing the sinner as if the blame of his impenitence all belonged to himself, and for urging him to immediate submission.”  Autobiography of Charles Finney – Chapter XII.

[5] How to Overcome Sin, Charles G. Finney, published by The Independent of New York, January 1, 1874.  Excerpts from this article are attached to the end of this letter.

[8] Matthew 21:32  For John came unto you in the way of righteousness; & you believed him not:  but the publicans & the harlots believed him: & you, when ye had seen it, repented not afterward, that you might believe him.

I was converted to the faith of Jesus Christ in 1982 at which time I received water baptism and Spirit baptism. In the Spring of 2008 I was led of the Spirit through a process of repentance upon which I had an encounter with Christ that worked a profound change upon my inner being. I became aware that I had been forgiven a great debt of sin. I soon felt the Lord's direction that I close my office that my energies not be divided from the study of doctrine.
View all posts by Lamp-Stand →
This entry was posted in 7A. JUSTIFICATION (Transactional Aspects) and tagged Arminianism of Finney, Arminianism of Wesley, Calvinism of Whitefield, orthodox doctrine of justification. Bookmark the permalink.

1 Response to VII.A.6.a Orthodoxy vs. Heterodoxy on Doctrine of Justification