VI.F.2.a The Coming Rule of God

Subpart F  –  Messiah Body; The Day of Atonement unto Tabernacles

i.     Gospel Proclamation of Deliverance & Empowerment unto One’s Choice for Ruler-ship

iii.   The Effect of God’s Rule Over Men

iv.   The Danger of Apostasy Inherent to a Literalistic Conception of the Kingdom of God

THE COMING RULE OF GOD

i.  Gospel Proclamation of Deliverance & Empowerment unto One’s Choice for Ruler-ship

The proclamation of the Gospel includes the good news that God’s rule shall be established via its preaching. The prophecies of Isaiah foretell of this Gospel using many allusions to a day of ruler-ship that is coming; the ruler-ship of One Whom God has appointed to be King, e.g.

In fact, this is even the objective of the Gospel; the enthronement of God; the receiving His rule and the conformity to His purposes in the whole man; in spirit, in soul, and in body.[1]   God’s rule shall be accomplished through the preaching of the Gospel, whether it be through the Holy Spirit’s work to sanctify men unto obedience to God, or through the outpouring of His wrath on those in rejection of the rule of His kingdom.  David prophesies:

The declaration of the kingdom of God is therefore two-edged.  It proclaims the release from bondage, but it also declares the destruction of opposers.  Therefore Jesus commenced the message of the Gospel by reading Isaiah’s prophecy:

God’s rule contemplates deliverance from Satanic control and from the bondage of the Law, that the man may be set at liberty to either worship the true and living God, or else make the volitional choice to serve demons through sin.  If he chooses the latter, this choice shall no less be empowered.  Therefore the continuation of that prophecy in Isaiah reads:

Cleary, we may be released unto a day of vengeance as well! 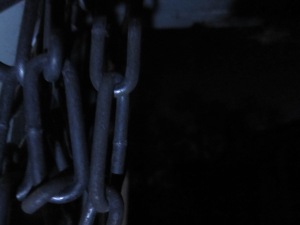 We may be released from Sin only to be consumed in wrath. Therefore we must rightly perceive the Gospel’s message, as the rule of God contemplates a day of liberty; a day men when men are released from the authority of the Law and its bondage to Sin long enough to render a volitional choice as to whom they shall serve.  Some shall receive the Gospel of God’s rule through the Person of His Son; others shall choose of the god of their former bondage, and thereby be confirmed as demonic strongholds and vessels fitted for destruction.[2]  Therefore Joshua puts the matter squarely before Israel:

Israel is given the advantage of a clear choice as to which “god” they will serve.  Through the Spirit of Holiness, they will serve the true and living God; or through opting for the things of this world over the promises of God and the hope of eternal righteousness and peace with God, they will serve the god of this world.  Either way, that volitional choice God shall empower.  Thus we must not only rightly perceive what is intended in the Day of Liberty, we must also rightly perceive what is occurring in the day man’s spiritual choices are empowered.  Shall the man have his provision made in heaven, where Christ is seated? Or shall he have his provision made in the earth; the place to where Satan is to be cast down.  For while the Gospel proclaims a day of liberty, that is not to say men are set at liberty to become spiritual free agents.  Rather they are set at liberty in order to freely choose what will be the source of their soul’s strength in the day of empowerment.  If it is not the rule of God through the agency of Jesus Christ as the King of God’s choosing, there shall come another to pick up man’s proxy.  Therefore Jesus said:

John’s first epistle discusses this concept at length.  If we do not have the Son, neither do we have the Father who sent Him.  The context of John’s words is “Antichrist;” the empowerment of the false witness.

ii.  The King of God’s Kingdom

The kingdom of God’s authority is absolute whether men perceive and receive its authority, or whether they continue to perform their works in darkness.  For although it is not the will of God that men perish, men operating under the darkness of their natural mind shall be subject to God’s rule even if by their own destruction as resistant to His ways.  Therefore prophecy states:

God’s rule is presented as a throne; that throne is His own holy nature manifested in the earth; a rule concerning which the heathen, as those that do not know God, may either become enraged concerning,[3] or else they may rejoice concerning.[4]  It is a rule which is perceived spiritually by the heart.  For “the kingdom of God is within you.”[5]  If we fail to perceive the kingdom and the rule of God as a spiritual matter, we will miss the kingdom of God. If we think of Christ as an earthly king whose throne is to be established at a geographic location, we will fail to apprehend His true ruler-ship when it comes, which is spiritual, eternal, internal, and by the power of God.  Therefore when a prophecy concerns Christ, the prophets tell us to “Behold.” We are to perceive the matter with our heart.  When it comes to the lordship of Jesus Christ, the prophets exhort us to “Behold:”

The rulership of Christ is an essential aspect of the Gospel.  Thus when the Gospel is declared, it is declared as the coming of God’s Kingdom, ie. God’s rulership.  As every kingdom has a king, there is a king God has established to rule over men.  That king is Jesus Christ.  Therefore God declares through the prophets:

Faced with this King, the heathen will either submit to God’s ways and be brought into rejoicing and service unto God’s eternal purposes, or else they will become enraged, succumb to demonic influences, and imagine a “vain thing:”

Why do the heathen rage, and the people imagine a vain thing? The kings of the earth set themselves, and the rulers take counsel together,  against the LORD, and against his anointed,                  Ps. 2:1-2

Through this chain of events, they shall incur God’s wrath.

iii.   The Effect of God’s Rule Over Men

The effect of the ruler-ship of this King will be righteousness:

The effect of the ruler-ship of this king will be joy:

The effect of this ruler-ship  will be peace:

While the ruler-ship of God over men may sound apocalyptic, it is really just the simple message of the Gospel applicable to every believer over whom the Kingdom of God is destined to come.  Thus Paul says such things as:

Therefore when expressing what the rule of God means to men, Paul declared:

Is this only true for the Mystical body of Christ?  This is a truth accessible by the whole of humanity, if they will believe at such time God draws near.  Therefore the prophecies concerning God’s rule on earth declare:

iv.  The Danger of Apostasy Inherent to a Literalistic Conception of the Kingdom of God

While it is the common error of the religious to perceive the kingdom of God as an outward manifestation of power and dominance, this is not the Gospel Jesus spoke of.  The Lord expressly stated so.  Recall his dialogue with the Jews:

So if we are looking for the advent of an earthly kingdom capable of observation, we will be disappointed.   Not only will we be disappointed, but we will prone ourselves to false teachers, false prophets, false spiritual manifestations, and apostasy.  For we have definitive language that God’s kingdom “will not come with our observation;” ie. our natural senses will not rightly apprehend God’s rule, which occurs spiritually.  Therefore as to those born into this kingdom, Jesus explained:

The ways of the Spirit are not comprehensible to the natural mind except by its effects upon the hearts and minds of men.  You can see the “trees sway about,” but you cannot see the wind that is creating the effect in the natural.  What are those evidences of the kingdom of heaven in the earth?  Just as the “sign of the prophet Jonah” constituted the only sign consistent with faith, so is the Lord’s life, His death, and His resurrection manifested in His elect through the operations of faith; a proper sign for the world to behold and to believe.  As to the world, the kingdom of God’s rule is perceived by the evidence of the swaying of the trees; the outward evidence of the inward work of justification, sanctification, and the glorification of God.  But if the world fails to perceive the beauty and power of Christ’s rule in His elect, the effect will be to close the door and to consign humanity to the original curse; the destruction of all things along with their temporal gods.

As to the religiously-inclined who misguidedly look for an earthly kingdom, they will fall prey to deception in a time of false-manifestations, false prophets, and false christs.  This was the substantial stumbling point for the Jews, who looked for a messiah coming as a powerful world leader for the purpose of establishing an earthly kingdom.  Just as the Jews mis-perceived Messiah as an earthly potentate, so did Christiandom in the years following the apostles.  That calling itself “the church” became a literal ruler of nations.  The looking to earthly power and influence became the chief mark of that earthly institution which counterfeited the Gospel.  Those who do not perceive this travesty of historic Christiandom may be doomed to repeat history when the final apostasy occurs.

[3] Psalm 2:1  Why do the heathen rage and the people imagine a vain thing?

I was converted to the faith of Jesus Christ in 1982 at which time I received water baptism and Spirit baptism. In the Spring of 2008 I was led of the Spirit through a process of repentance upon which I had an encounter with Christ that worked a profound change upon my inner being. I became aware that I had been forgiven a great debt of sin. I soon felt the Lord's direction that I close my office that my energies not be divided from the study of doctrine.
View all posts by Lamp-Stand →
This entry was posted in 6F. MESSIAH-BODY; DAY OF ATONEMENT UNTO TABERNACLES (Transitional Aspects) and tagged empowerment of our choice of ruler-ship, Isaiah 61, king of God's kingdom, literalistic view of kingdom of god, Psalm 2, rule of God. Bookmark the permalink.